All the attention may be on Apple right now, but that hasn’t stopped Google from releasing its updated Android distribution figures in the developer dashboard. The most notable change from last month is that Nougat’s market share has finally increased to the point where it’s overtaken KitKat as the third most popular version of the OS.

In August, Nougat’s market share hit 13.5 percent, placing it behind Marshmallow, Lollipop, and KitKat. Now, the total number of Android Nougat 7.0 and 7.1 users has climbed to 15.8 percent, moving ahead of the near four-year-old KitKat, which has dropped from a 16 percent distribution to 15.1 percent.

Despite Nougat’s increasing figures, it remains behind Lollipop and Marshmallow. While both versions of the OS saw their popularity decrease in last month, the drop is marginal. Second place Lollipop went from 29.2 percent (both versions combined) to 28.8 percent, while leader Marshmallow fell by just 0.1 percent – down from 32.3 percent to 32.2 percent. 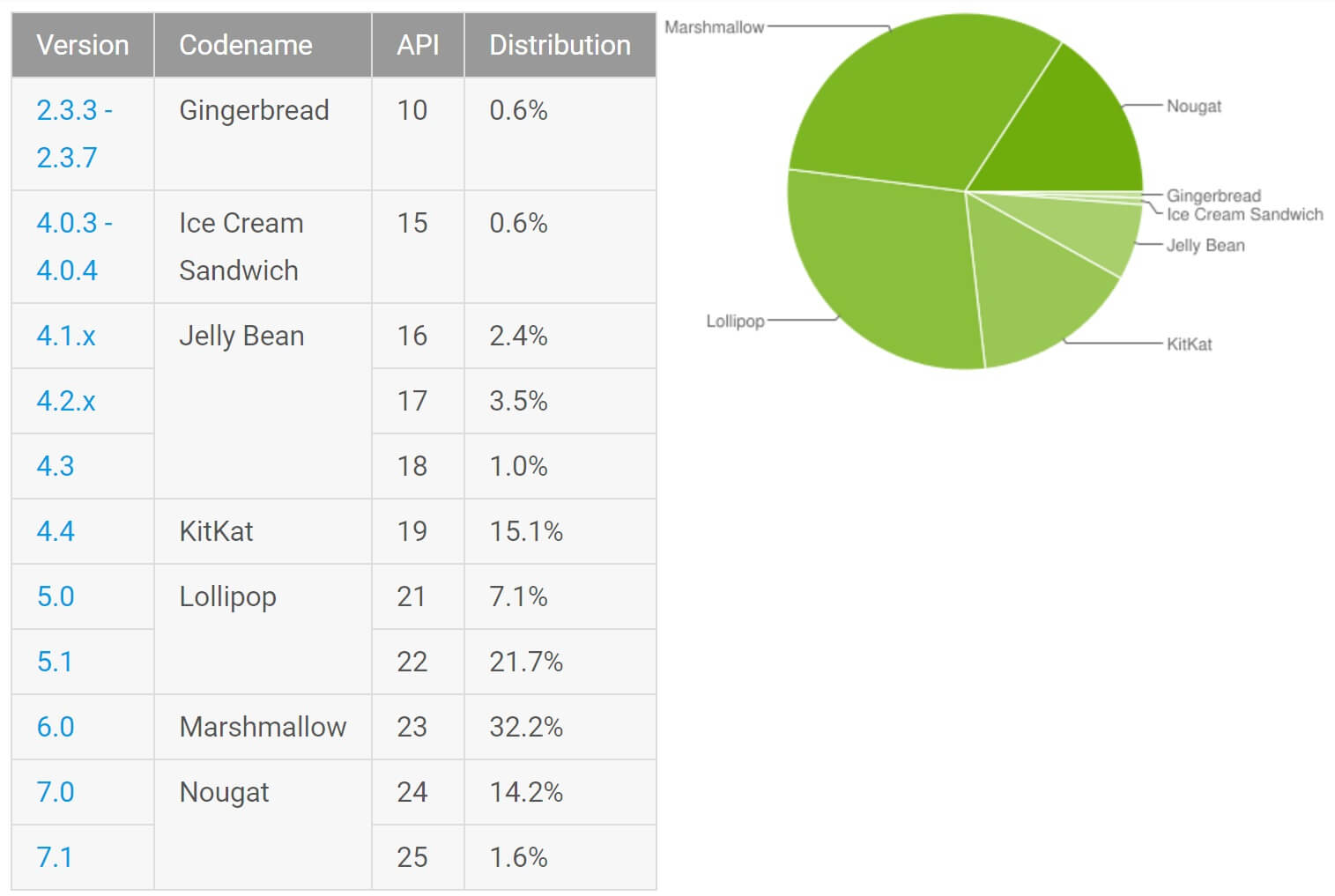 The newest version of Android – Oreo 8.0 – only started rolling out to Pixel and Nexus devices quite recently. Google doesn’t count OS builds with distributions of less than 0.1 percent, meaning Oreo’s absence is because it hasn’t yet reached this benchmark – but that could change by next month.

Google also provided information on the screen size and density of Android devices that visited its store during a 7-day period ending on September 11. Those that fall into the ‘normal’ size category were the most popular, accounting for 90 percent of devices, while ‘extra-high’ was the most common type of pixel density.